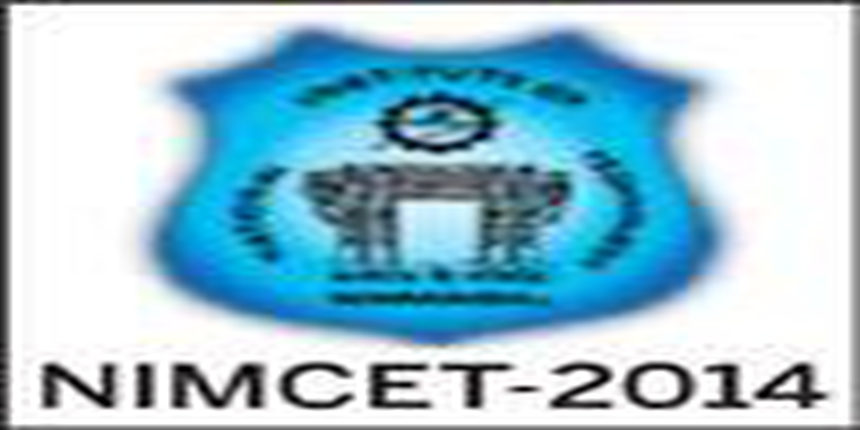 National level IT examination NIMCET 2014was held on May 25, 2014. The written examination was conducted successfully across all 31 test centers located in Indian cities. An exam official told Careers360 that so far no problem which might hinder the examination process has been reported.

Jyoti Chand, a test taker who took the test from Ambedkar University Delhi shares, “the paper was neither tough nor easy. It was balanced paper in terms of difficulty level. However, mathematical section was time consuming due to which I was unable to attempt all questions. Somehow I managed to give my best efforts.”

Commenting on the sectional wise difficulty level, she rated the sections- “Mathematics” as the toughest and “Computer Awareness” as the easiest. The remaining two sections were rated average by her.

Further, she added that she aspires to seek admission at NIT Agartala.

Another test taker Anchit Goyal, who appeared for the exam at Netaji Subhas Institute of Technology, Delhi found the mathematics section a bit difficult otherwise all the three sections of the question paper were average. Goyal tried his luck for the second time in the exam and hopes to secure a decent NIMCET 2014 rank.

According to media report last year 6,793 candidates took the exam, out of which 5,969 candidates qualified the exam. For the current year exam was conducted by NIT Agartala to offer admission to MCA course for as many as 867 seats across all 11 participating NITs.

NIMCET 2014Result will be tentatively declared on June 11, 2014 by NIT Agartala. Admissions will be allotted in accordance with NIMCET 2014 cutoff, which is prepared on the basis of performance and marks scored by candidates in the written examination.

NIMCET 2020 will be conducted by one of the National Institutes of Technology in the last week of...

hello i am bsc.it student am i eligible for nimcet exam. and how to prepare for exam

Brief about the Exam Pattern

Each correct response will be awarded 4 marks.

1 mark will be deducted for each wrong response.

No marks will be awarded for unattempted questions.

Also, responding a question with more than one options will be considered wrong, and marks will be deducted for that.

The first step to the preparation of NIMCET is to get familiar with the exam pattern.

Next is to collect all the relevant study material for NIMCET. You can join a coaching center if you cannot start preparing by yourself.

Start with learning the basic concepts of each subject asked in the exam. NIMCET syllabus includes up to Class XII level Mathematics, Logical Reasoning, Computer, and English.

Practice while checking the time and this will help in managing the time while exam. Also, practice not to use a calculator while doing Mathematics and calculation-based questions.

Practice more to gain more. Mock tests could be of great help. You should take minimum 1 to 3 mock tests in a week. Also, analyze each mock test you take.

Just ahead if exam, do not prepare for any new topic. Only work on strengthening the ones you are weak at and revising the strong ones as well.

i want to know that if an aspirant having kt in its 1st sem of bsc cs and after clearing kt his cgpa is 5.3 is he eligible for giving nimcet

To be eligible to appear in NIMCET a candidate must have passed B.Sc/BCA/BIT/B.Sc (Hons) or B.E/B.tech.

You are not eligible to appear in NIMCET as you have not fulfilled the minimum percentage requirement.

Im Bcom.computer application final year students. How can I apply for NIMCET exam ? I will eligible for this entrance exam ?

No, you are not eligible as the eligibility criteria says that a candidate must have passed 3 year bachelor's degree in B.Sc/B.Sc(hons)/BCA/BIT with mathematics/statistics or bachelor's in engineering from a recognised board or university.

As you have not fulfilled the education qualification requirement you are not eligible to appear.

i want to know about nimset and preparing for 2021

NIT MCA Common Entrance Test (NIMCET), is the national level entrance exam conducted every year by one of the National Institutes of Technology (NITs) for taking admissions on merit basis to Master of Computer Applications (MCA) programme.

The application form of NIMCET 2020 will be released soon through which the candidates can fill the form and appear in the entrance exam. NIMCET admit card will also be released to be downloaded by candidates. The exam will be conducted in offline mode and the result of the same will be declared on the official website of NIMCET 2020.

Total 809 seats are available and duration of exam is 2 hours.

NOTE:- NIMCET scores are used by many other universities and institutes for admissions to the MCA programmes offered by them.

You may refer to the source article for more information about NIMCET 2020 Exam.

I hope this information helps you.

how to get previous question paper for nimcet

The best way to practice the questions for any competitive exam is to solve previous year question papers of that exam. It improves your confidence level as well as time management skills. If you want to download the previous year papers for NIMCET then you can visit the given link and download it.

I hope that you got the required information. We wish for your bright future.

View All Questions
Have a question related to NIMCET ?

Your NIMCET brochure has been successfully mailed to your registered email id .