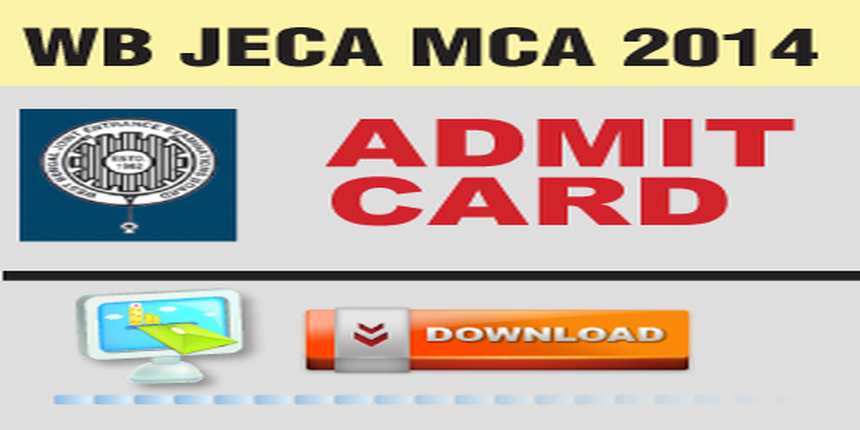 WB JECA MCA 2014 Admit Card is available in online mode. Registered candidates can dowload the admit card by entering their application number from the window given below-

The exam conducting authority West Bengal Joint Entrance Examinations Board will not dispatch offline admit card to candidates through post or couriers.

Showing 1 out of 1 Questions
15 Views

WB JECA is conducted for admission to MCA program. For BTech admission it's through WBJEE,  this year it'll be conducted on 2nd February. As per eligibility criteria for BTech,  candidate should be 17 years age by 31st December of that year, should have passed 10 +2 with Maths, Physics and Chemistry/Biology /Computer Science/Biotechnology/Computer Application as compulsory subjects. Along with this, it's imperative to have 45% aggregate in three subjects together, for reserved category it's 40%.
Read More
Answer
Answer Later
Report

View All Questions
Have a question related to WB JECA ?