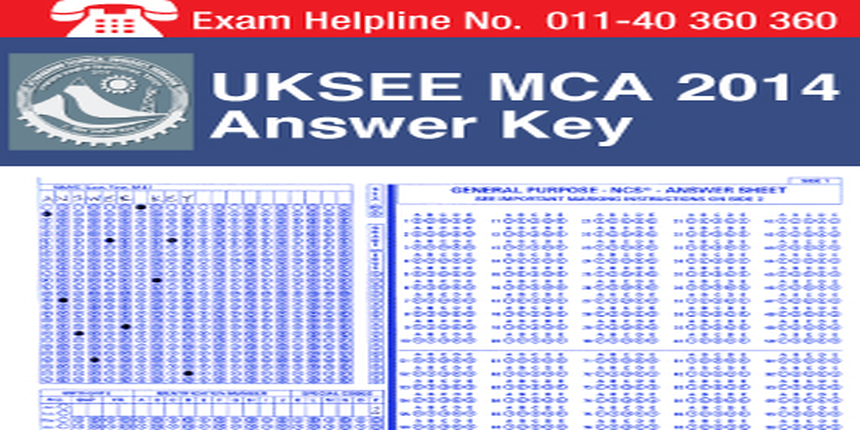 The UKSEE MCA 2014 Answer Key will aid candidates to evaluate their performance and get an insight on marks to be scored in the entrance exam.

Based on performance of candidates in the entrance examination, a merit list will be e prepared by UKSEE. After the result is announced, the score card with total marks, marks obtained in each subject by candidates will be updated on the official website of exam conducting body.

Qualifying candidates of UKSEE MCA 2014 will be considered for admission at any of 18 government/private UKSEE MCA participating institutes. Out of which two are government aided institutes.  Kumaon Engineering College, Dwarahat offers the minimum 40 intake of students for its MCA course, as compared to Graphic Era Institute of Technology, Dehradun which offers the maximum 180 seats under MCA.

Showing 2 out of 2 Questions
90 Views

congratulations for you rank. as according to your rnk you can get admisssio in ihm meerut easily as the college is best for you with all facilities. all the best have a great future ahead.

UGAT BBA 2018 result has been declared on May 25, 2018. The test was conducted on May 12, 2018. The Under Graduate Aptitude Test (UGAT) is conducted every year by AIMA (All India Management Association).

As this question was asked eight months ago, I hope you have checked the result of the exam. It would be difficult to provide the cutoff of previous year, you can refer to the link below for UGAT BBA cutoff-

Your UKSEE brochure has been successfully mailed to your registered email id .