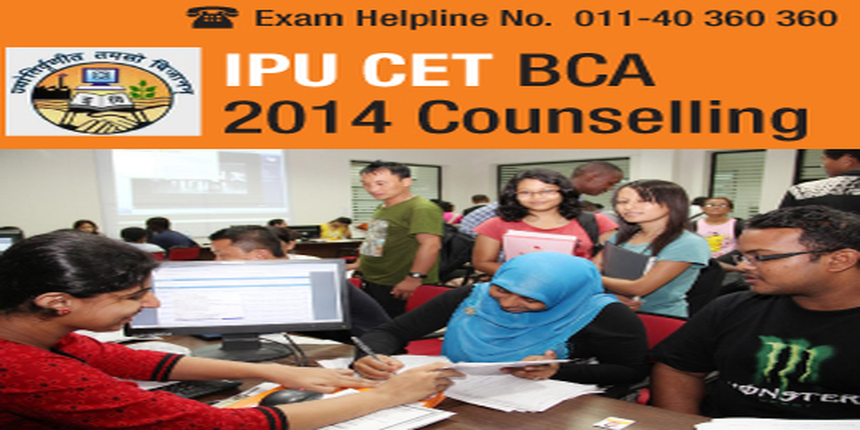 IPU CET BCA 2014 Counselling process began on May 29, 2014 with online submission of counselling participation fee event, in which qualifying candiates have to pay non refundable fee of Rs 1000 only within the prescribed time period. Last date for the event was June 4, 2014.

IPU CET BCA 2014 Counselling schedule for the second round-

The counselling participation fee can be paid either by cash payment or internet banking or online payment via debit/credit card. The IPU CET BCA 2014 Counselling  rounds, which involves document verification events, will be conducted at the university campus only. The counselling process will for the undergraduate course will complete by July 31, 2014.

Depending on the availability of vacant seats, a third round of counseling might also be conducted. Based on the merit list of IPU CET BCA 2014, seats will be allocated to candidates as per their preference and rank in IPU CET BCA 2014 merit list.

Admission to qualifying candidates will be offered depending on their rank/merit scored by them in the written examination. IPU CET BCA 2014 Counselling process will involve document verification of candiates, fee submission by candidates/parents, and other formalities.

Careers360 will provide the students with information on the IPU CET BCA 2014 counselling schedule as soon as it will be announced by exam conducting body, Guru Gobind Singh Indraprastha University. Students can check information on counseling schedule from this page once it is available.