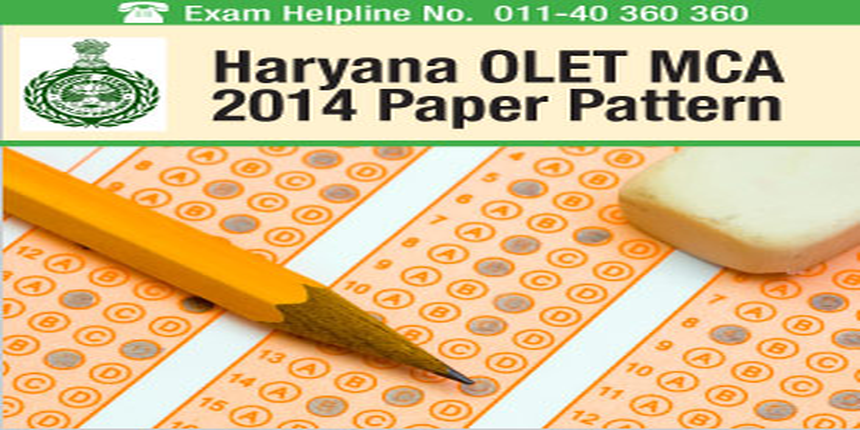 Below is the Paper Pattern of Haryana OLET MCA 2014:

With a maximum of 90 marks, the Haryana OLET MCA 2014 Paper Pattern includesonly objective type and multiple-choice questions . Hence, the toatal duration of the exam is also 90 minutes. Also, there is no negative marking in the exam.