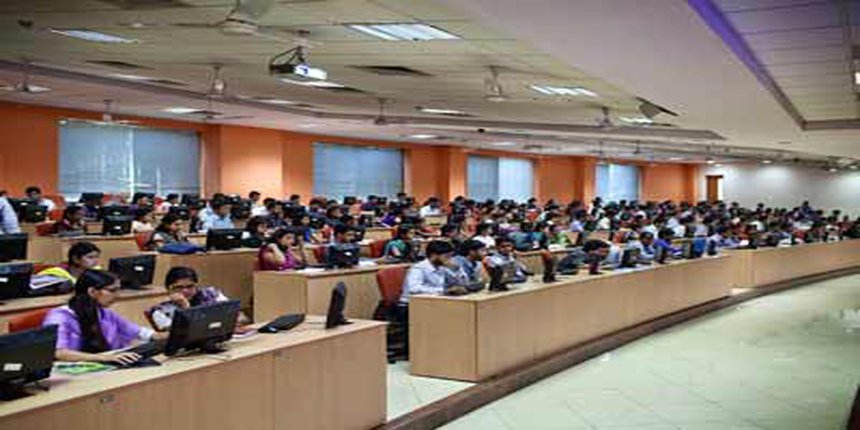 About NIMCET 2014: The NIMCET is NIT MCA Common Entrance Test, a National Level Test conducted by NITs for admission in to their MCA programme. The admission to the MCA programme in to NITs at Agartala, Allahabad, Bhopal, Calicut, Durgapur, Jamshedpur, Kurukshetra, Raipur, Surathkal, Tiruchirappalli and Warangal for the year 2014-15 is based on the Rank obtained in NIMCET 2014 ONLY

For any further information on NIMCET 2014, refer to the official document here.

NIMCET 2020 will be conducted by one of the National Institutes of Technology in the last week of...

Im Bcom.computer application final year students. How can I apply for NIMCET exam ? I will eligible for this entrance exam ?

No, you are not eligible as the eligibility criteria says that a candidate must have passed 3 year bachelor's degree in B.Sc/B.Sc(hons)/BCA/BIT with mathematics/statistics or bachelor's in engineering from a recognised board or university.

As you have not fulfilled the education qualification requirement you are not eligible to appear.

i want to know about nimset and preparing for 2021

NIT MCA Common Entrance Test (NIMCET), is the national level entrance exam conducted every year by one of the National Institutes of Technology (NITs) for taking admissions on merit basis to Master of Computer Applications (MCA) programme.

The application form of NIMCET 2020 will be released soon through which the candidates can fill the form and appear in the entrance exam. NIMCET admit card will also be released to be downloaded by candidates. The exam will be conducted in offline mode and the result of the same will be declared on the official website of NIMCET 2020.

Total 809 seats are available and duration of exam is 2 hours.

NOTE:- NIMCET scores are used by many other universities and institutes for admissions to the MCA programmes offered by them.

You may refer to the source article for more information about NIMCET 2020 Exam.

I hope this information helps you.

how to get previous question paper for nimcet

The best way to practice the questions for any competitive exam is to solve previous year question papers of that exam. It improves your confidence level as well as time management skills. If you want to download the previous year papers for NIMCET then you can visit the given link and download it.

I hope that you got the required information. We wish for your bright future.

the eligibility criteria is for nimcet exam is Candidates must have studied B.Sc. or B.Sc. (Hons)  or BCA or B.E/ B.Tech of minimum three years full-time from a recognized University with Mathematics/ Statistics as one of the subjects. so if you dont have mathematics or statistics in your graduation course then you are not eligible.

can i appear in nimcet after bcom computer application

sorry to say b,com students are not allow.

the basic eligibility criteria for nit nimcet exam is Candidates must have studied either of B.Sc.  or B.Sc. (Hons)  or BCA  or  BIT or  B.E/ B.Tech  courses of minimum three years full-time from a recognized University with Mathematics or Statistics as one of the subjects. since you have studies b.com (//b.com) you are not eligible.

View All Questions
Have a question related to NIMCET ?

Your NIMCET brochure has been successfully mailed to your registered email id .